Germany is the country of the poets and thinkers, at least that is what they say. We had Johann Wolfgang von Goethe, Clara Zetkin, Friedrich Schiller, Clara Schumann, The Grimm Brothers, Lise Meitner, Ludvig Van Beethoven, Annette von Droste-Hülshoff, Albert Einstein, Hildegard Knef and many more. They were all pretty intelligent and creative people. One might assume that we could come up with a beautiful name for the wonderful but yet simple thing that is the butterfly. In French it's called papillon, in Spanish it is mariposa and in Estonian it is called a liblikas. In German though... In German it is called a Schmetterling.
Yup, I know, it sounds terrible. It sounds even worse when you know that the German verb "schmettern" means "to smash"...

Anyway, they are still beautiful. In Stockholm we went to the butterfly house and even though I don't like such things because I am a vegan, the butterflies were still extreeeeemly beautiful. So here are some pictures: 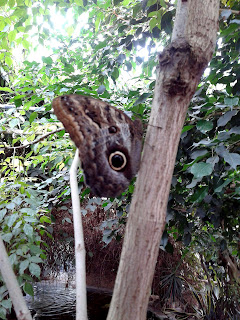 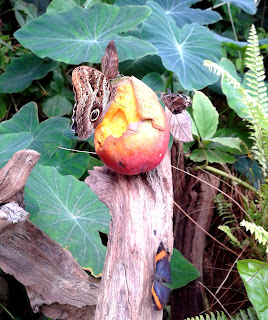 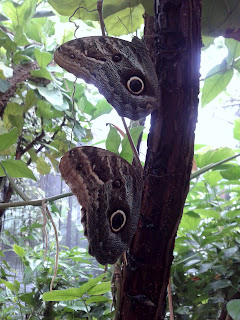 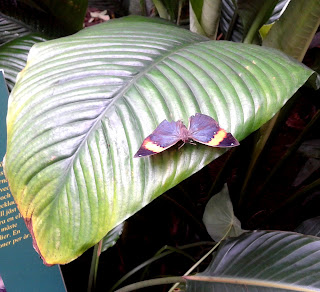 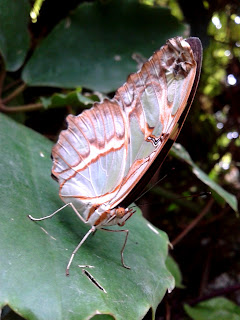 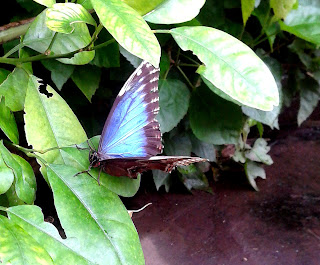 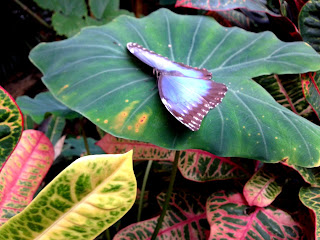 The ones with the brown eyes are the same as the bright blue ones. I think they are called Emperors aka morpho peleides and they truly deserve that name!

Do you like butterflies? I like all sorts of insects, they are all beautiful to look at close up. Spiders are disgusting but they aren't really insects, are they?
Have a great day,
The Countess
Posted by The Countess at 15:07