I love fairy tales. And I love movies. Oh, and everything dark and spooky, of course! So obviously I LOVE Tim Burton movies! They are basically kid's movies for adults, they are amazingly detailed and every single scene is like a vibrant flash of colours and did I mention the music? The songs get stuck in your ears and create a repeat button inside them to make sure you never forget them again. All in all, Tim Burton movies are pure perfection. 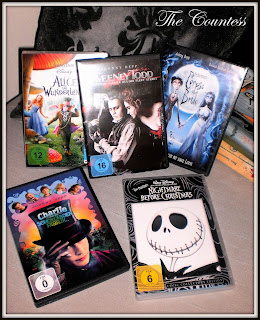 It is really hard for me to choose a favourite but I thiiiiink it would have to be Alice in Wonderland because I love the relationship between Alice and the Hatter and because I was the Red Queen in a school play a few years ago. Afterwards people approached me by yelling "Off with your head!!!!" for months.

What is your favourite Tim Burton movie?

I won't be able to do any posts in the next two weeks, I'm going on holiday to Sweden and Estonia tomorrow morning.
Have some great weeks,
The Countess

Email ThisBlogThis!Share to TwitterShare to FacebookShare to Pinterest
Labels: movies

Pussy Riot sentenced to to years in jail

I am sad, I am shocked and I am disgusted! This is one of those moments where I have doubt that there is any good in people. The three members of the Russian punk group Pussy Riot have to go to jail for wo ears. 2(!) years. For a one minute long protest that did not hurt anyone or anything except for the huge egos of Putin and the Russion Orthodox Church. The (female) judge stated that they commited religious motivated hooliganism. Bullshit! They simply critized the influence the church has on the state and the close links between Putin and the church.
Now, three young women will be seperated from their families and children. Russian jails are often hundreds of kilometres away from where the families live and the prisoners are only allowed very view visits during a year and only one phone call per month. Imagine being isolated from all your loved ones because you stood up for what is right!
Putin has again shown that he does not want a democracy where everyone can express their opinions but a dictatorship where his and the churches voices count alone. Sad but true.

If you want to read more about this, click!
Posted by The Countess at 07:54 No comments:

Stuff that happend on the festival

Okay, so music festivals are fun, right? A huge crowd, dancing, clappinga nd sining to the same bands you like? That is like heaven! At least, that's the theory.
The reality often looks a little different. Especially for girls and women. So here are a few things that happend to me during the festival I went to last week:

Don't get me wrong. Most people on that festival were perfectly nice and of course, the mucis was awesome so all in all I had a great time. It's just that small  percentage of (mainly) male idiots who decide that having the time of their lives means being sexist bastards. Unfortunately, these people can really take away the fun for the rest... To be honest, I'm not sure I'll be going again next year, even though I always went the last years.

Have you noticed this kind of things at festivals?
Have a great day,
The Countess

Posted by The Countess at 15:11 No comments:

Judging a book by its cover

Hey, everyone, long time no post! I have just been to busy as I am out of uni until Octobre and I want to spend my free time with as many activities as possible. I have just come back from a festival called Taubertal and I am tired as fuck so I hope you will excuse this short post.

While I was at the festival some thinbgs I ordered from amazon arrived, including a book. So I thought I share with you the latest books I bought. 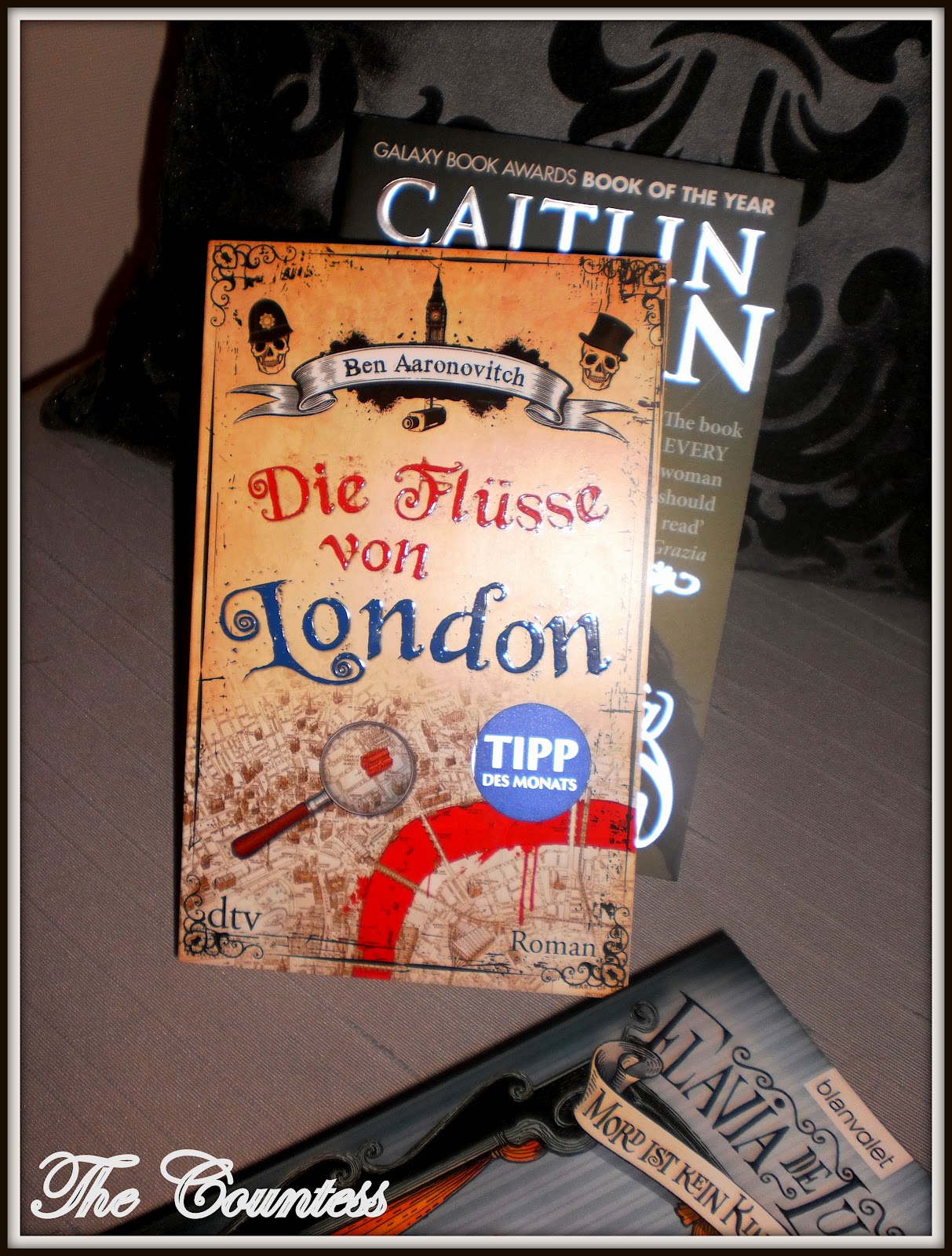 The first one is Rivers Of London by Ben Aaronovitch. I had already seen this one in a book store and loved the cover! It's a map of parts of London and it has those cute little skulls with hats at the upper part. On that particular day I had already bought a New Avengers comics so this baby had to stay in the store a little while longer. Finally, about two weeks ago, I found a gift coupon of my favourite book store in my closet ( should tidy up more often...) and instantly bought Rivers Of London. I haven't started reading it yet but it is supposed to be about a police constable who can see ghosts and who has to learn magic for a special task force that deals with supernatural cases. I am really excited to read this!!!! 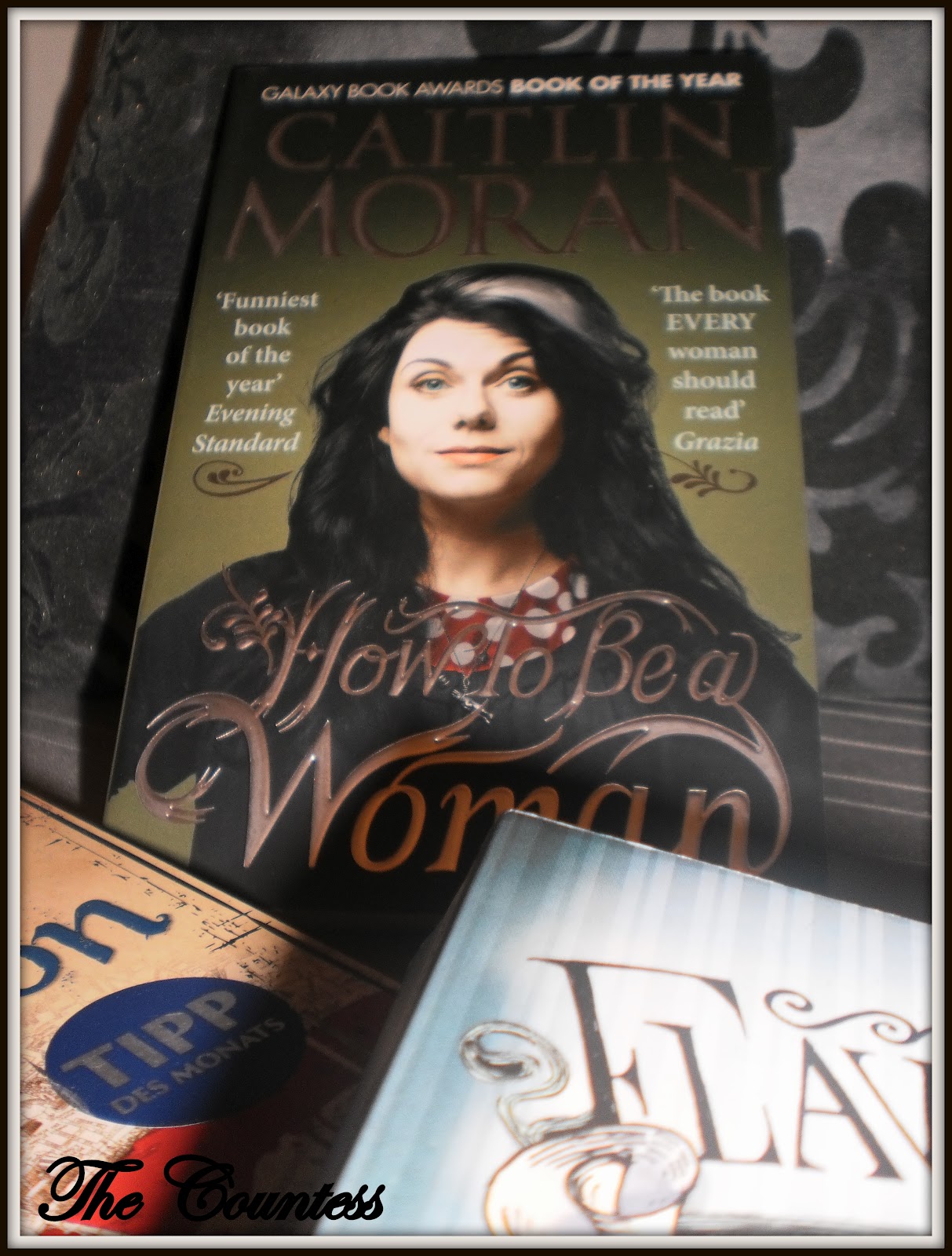 The next book came with the amazon order and it is How To Be A Woman by Caitlin Moran. Again, look at the cover! The writing is silver and this and the whole cover has the Sltherin colours all over it. Amazing!!!
I haven't read it yet but as the title probably tells you it's about feminism, about being a woman in our society today and all the reviews I read so far suggest that it is really well written and extremly funny. I think I will read this during the next couple of days and Rivers Of London when I go on holidays. 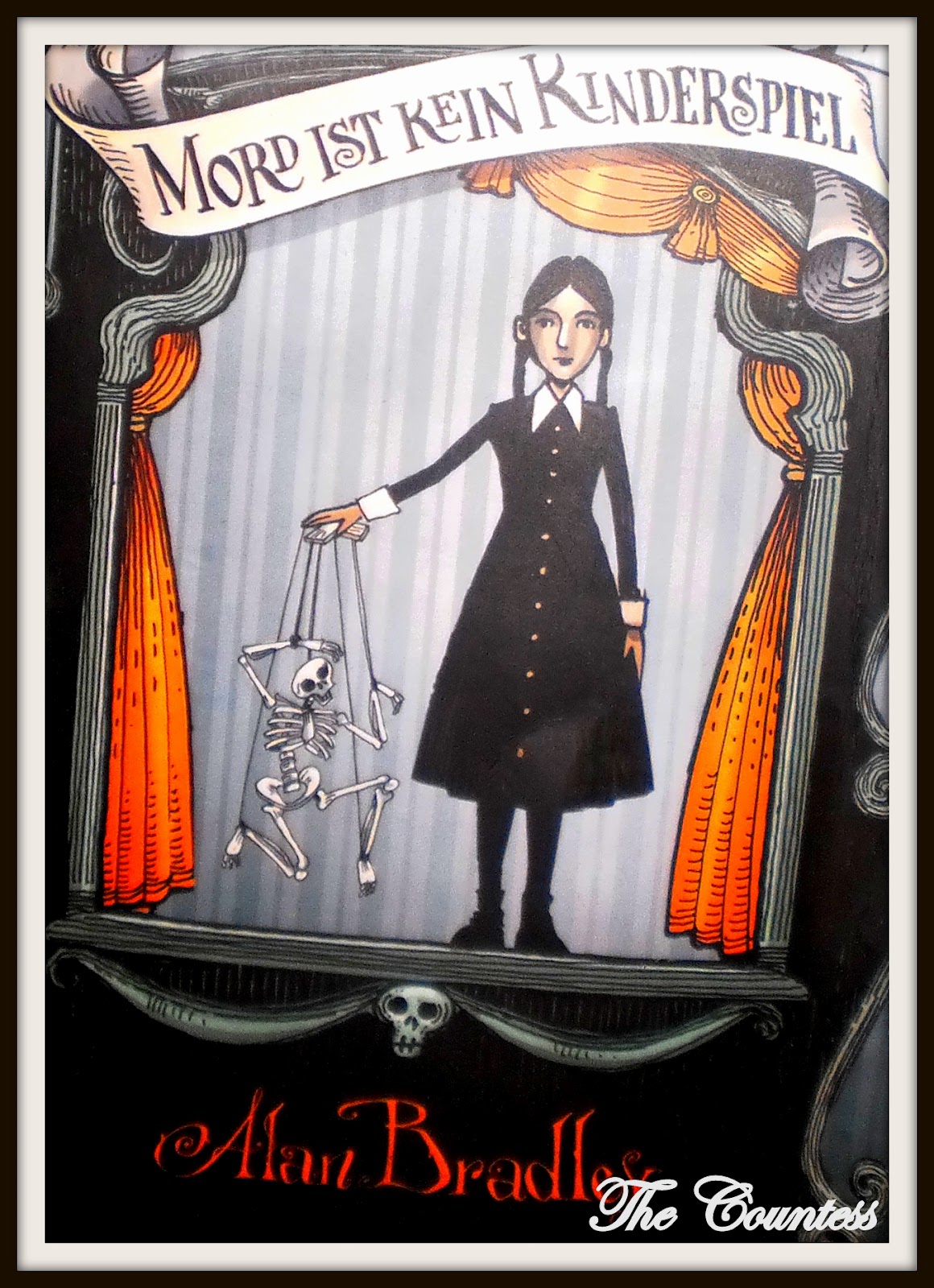 The last one is finally one that i have already read. It is The Weed that Strings the Hangman's Bag by Alan Bradley and it is the second novel about the little hobby chemist and detective Flavia de Luce. The books play in England in the 1950s and deal with strange murder cases that happen around the little town where 11 year old Flavia lives. I enjoyed the first to books of the series alot and I definately plan to buy the next two ones, too!

1. Her favourite things about chemistry are poisons. She reads everything about murder caes that involve some sort of poison and could probably kill the whole world without getting caught. She rather focuses on putting stuff in her sisters lipstick to cause allergic reactions, though. She has her own chemistry lab in the big old house where she lives with her father and her two older sisters and often "borrows" things from various family members in order to experiment with them. Such things include her sister's pearl necklace and her father's shaving knife.

3. Her personalitly is simply great: Even though she is only 11 years old and has to deal with the fact that her mother died when she was only a baby, Flavia has a really positive view on life. She isn't shocked easily at all, she is curious up to being annoying, she knows how to talk people into giving her information without being rude and she does everything to protect the people she cares about. Also, she does seem to have feministic tendencies.

Which books have you enjoyed in the past weeks? do you know any of the ones I mentioned?

Have a great day,
The Countess
Posted by The Countess at 14:08 1 comment: