A Feminist Opinion on Splitting the Bill

Tonight after a political meeting some of us went for the optional but very necessary beer. It was a nice evening, just three of us (a woman in her early 40s and a [male] friend of mine who is about my age), some beer and nice discussions. The woman who waited our table was really nice and friendly and we never ran out of drinks. In the end when we wanted to leave we asked her for the bill and while the woman paid for herself the waitress immediately asked my friend if we were going to pay together.

First of all: No.

Secondly: Why did she assume that? Are two people of different sexes who are about teh same age immediately a couple? What kind of hetero-normative bullshit is this? Would she have asked this if I would have been sitting next to a girl? We are living in the 21st century, is it really that absurd that two people go for a drink (with another person!!) without being involved? Is there no such thing as friendship between a guy and a woman?

Thirdly: I don't let people pay for me, full stop. My boyfriend of 5 1/2 years doesn't pay for me either. I am an independant woman and I don't need someone to provide for me. So even if this guy would have been my boyfriend, why on earth would he pay for me? Do we still live in an era where women cannot provide for themselves? Where they are dependend on their lovers to pay? Where men have to earn enough to provide for another human being?

Sometimes I pay for both myself and my boyfriend. Sometimes he pays. In the end, it deoends on who has more money at them in that moment. It equalizes itself. But I do make sure he doesn't end up paying on a regular basis for the reasons I have mentioned before. It's important to me to be financially independant and thus I get mad when someone assumes that I don't provide for myself. I do not believe in these traditional gender roles. Which sounds like a disadvantage for menis nothing but open blantant sexism. Women are dependend, money is something associated with men. I do not blame the waitress, she was merely trying to be nice, after all she grew up in this society where men paying for women is the norm. Which is a bit ridiculous.

What do you think when it comes to this topic? Do you let other people pay for you/do you pay for your significant other?

Have a great day,
The Countess
Posted by The Countess at 15:04 4 comments:

Email ThisBlogThis!Share to TwitterShare to FacebookShare to Pinterest
Labels: feminism

Today I accidentally stumbled into a café and it turned out to be the best thing to happen this week so far. A uni friend and I were on our way back to the main campus after a lecture and we agreed we were in need of some refreshments. We saw a little café just across the road that we hadn't noticed before. It looked really cute from the outside, bright yellow, some balloons and a simple sign that we liked immediately: 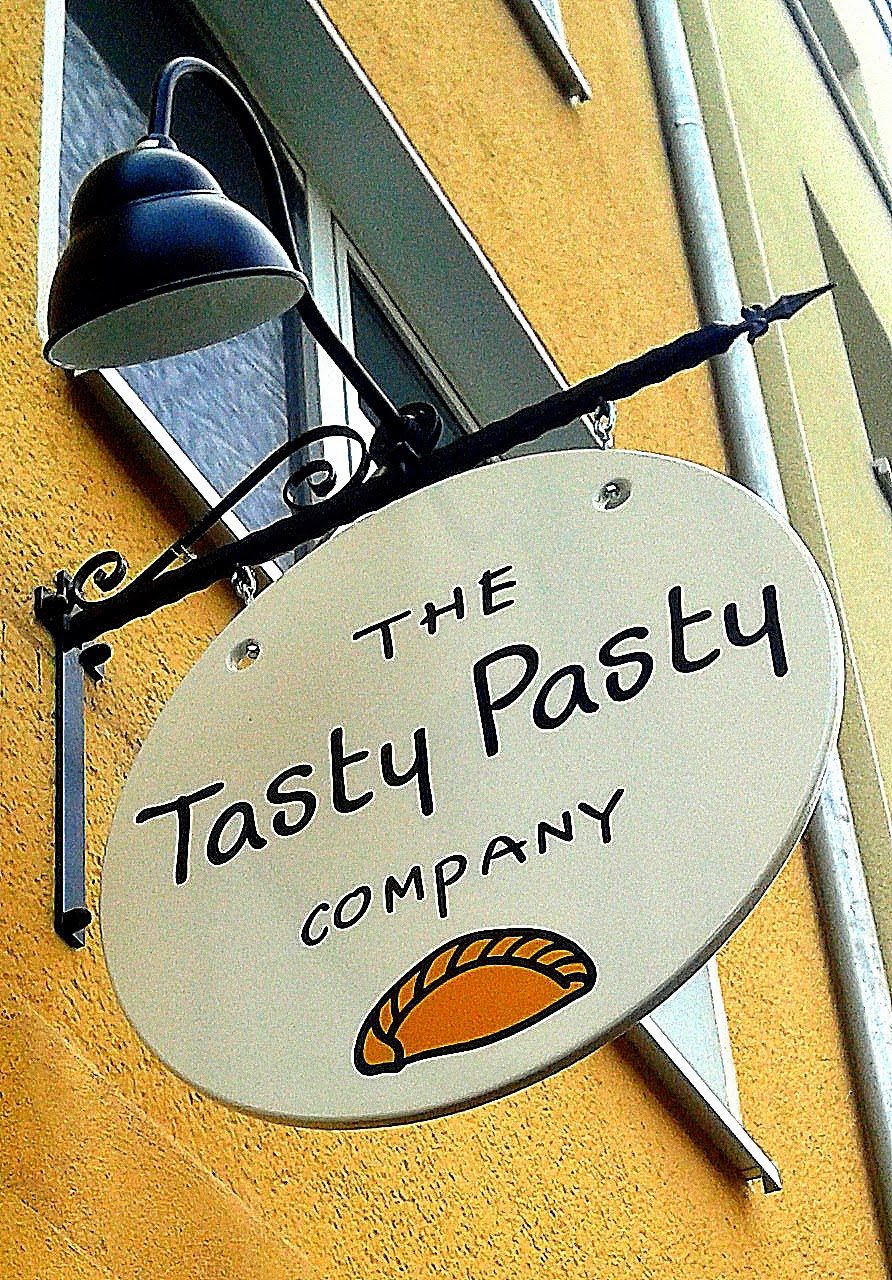 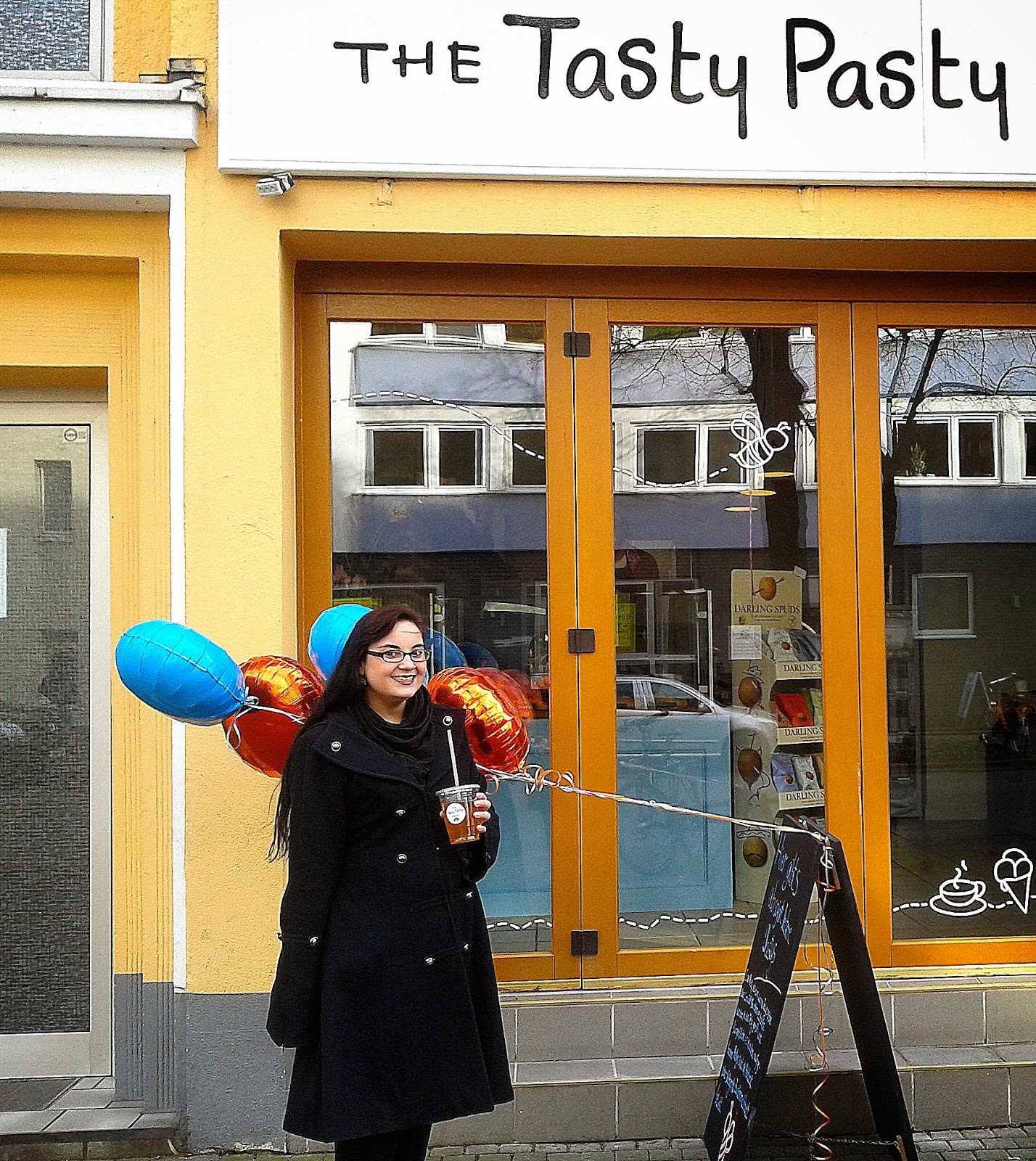 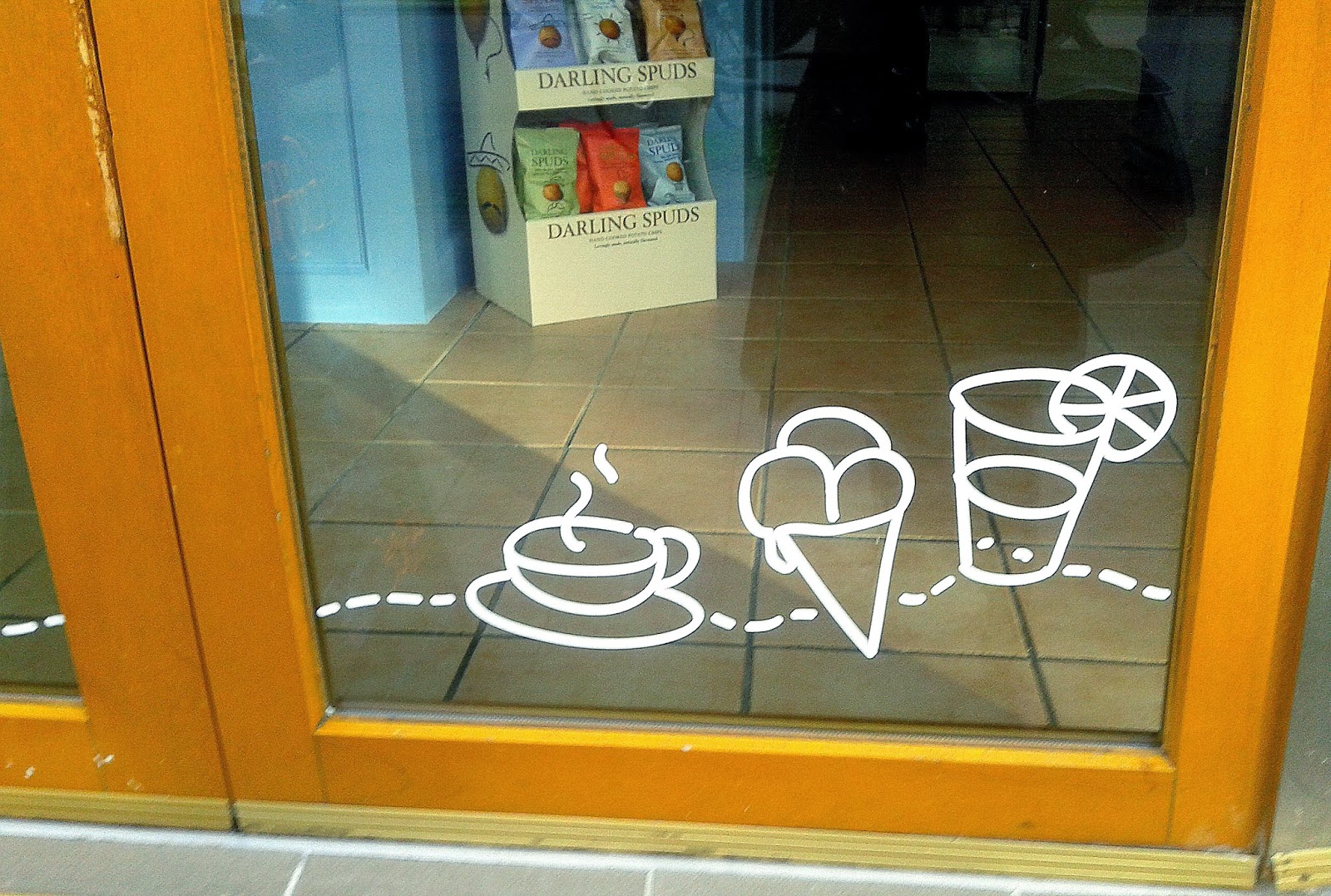 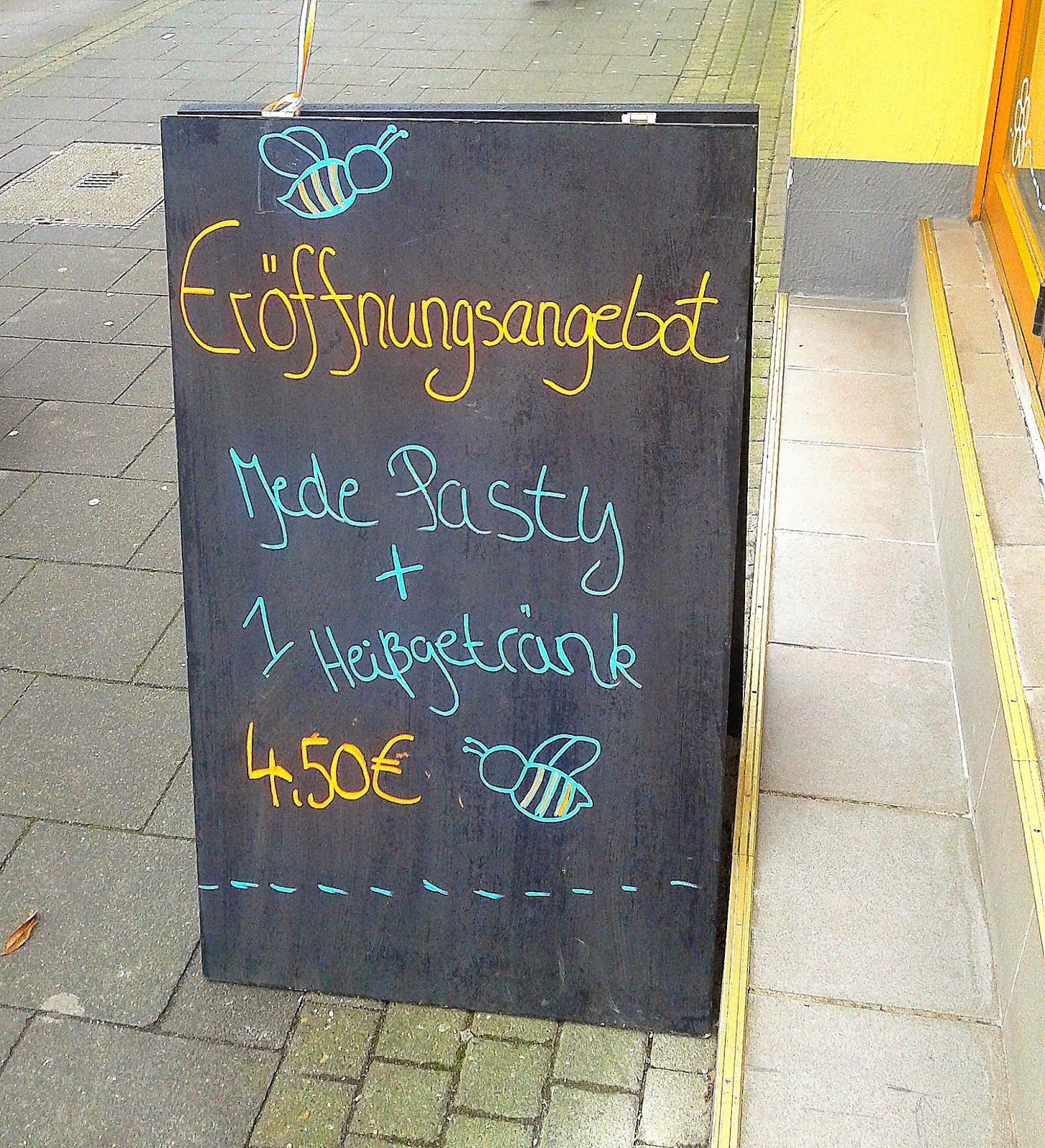 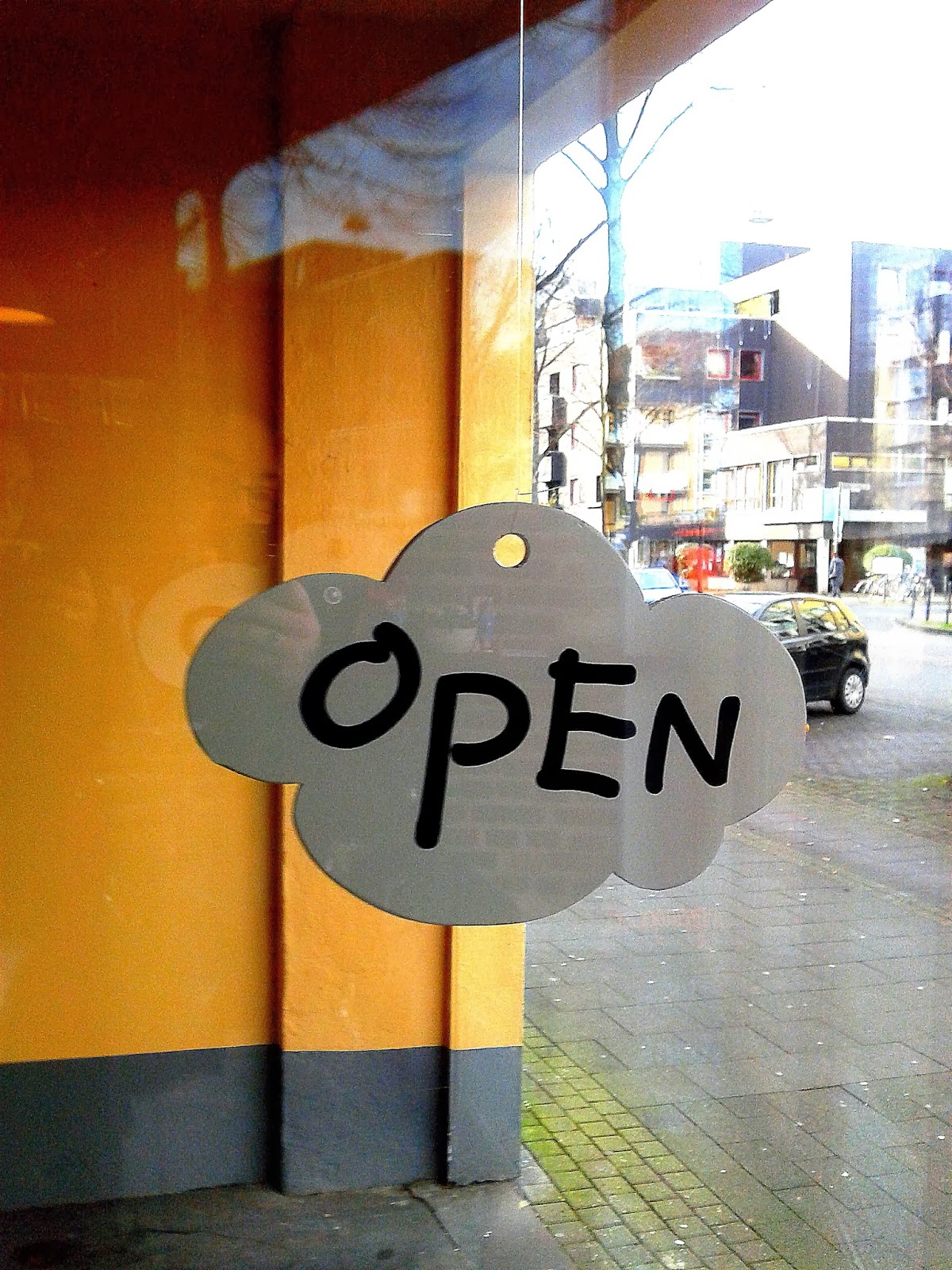 Curiously, we entered. It turned out to be everything but an ordinary café, no, we stumbled into a brand new British pasty shop! The reason we hadn't noticed it before even though we pass the place on a weekly basis was because it had just opened a few hours ago. Lucky us!
The owners are two really nice English men who immediately greeted us with their charmingly British accents. The first thing I noticed about the café was the size: The whole thing is tiny! It doesn't have any tables but a bench on one side of the room, opposite to the counter. The interior is amazing, you feel comfortable the second you get through the door: Red brick walls, old dark wood lightened up by a baby blue vintage looking counter. But see for yourself: 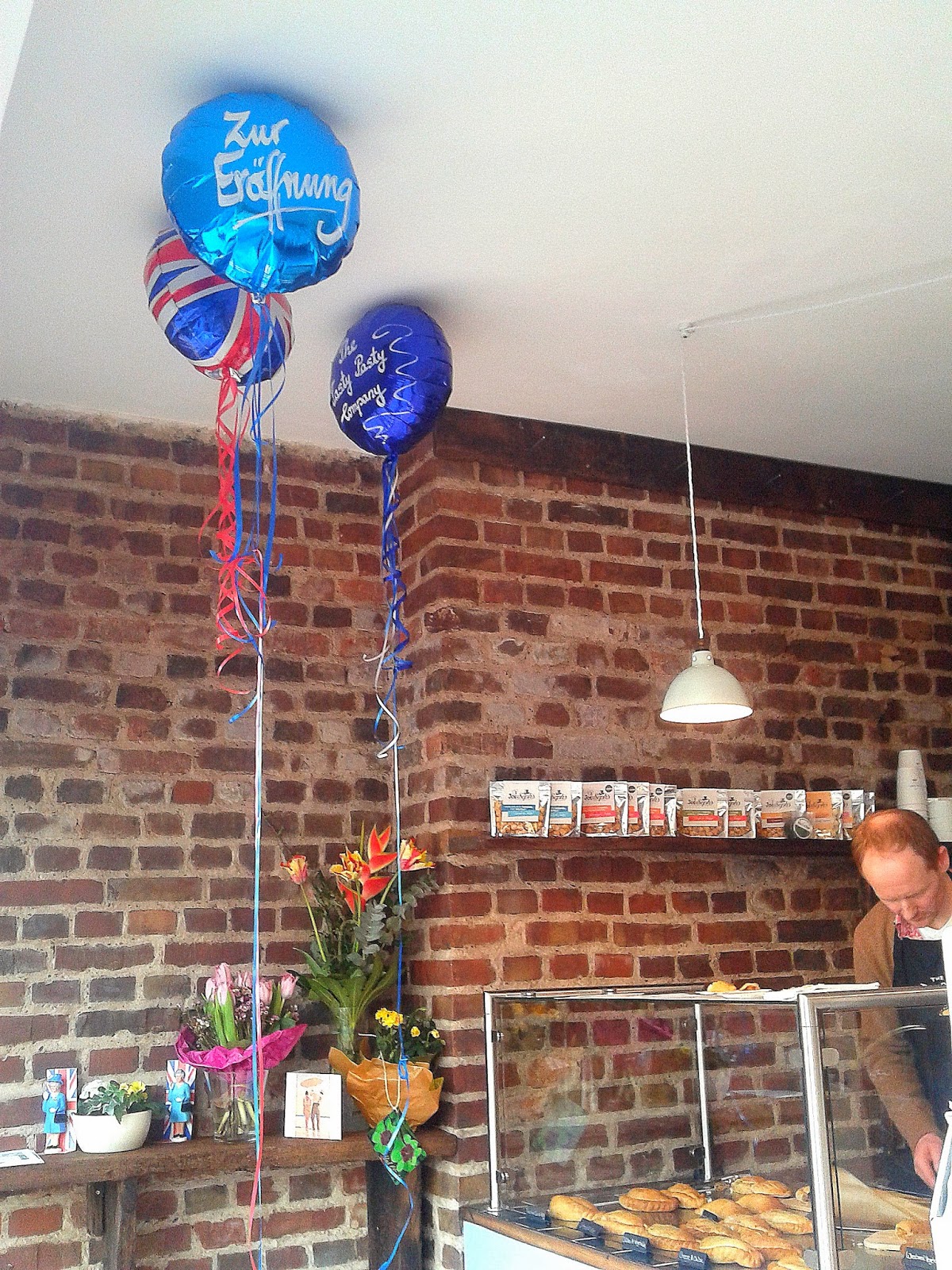 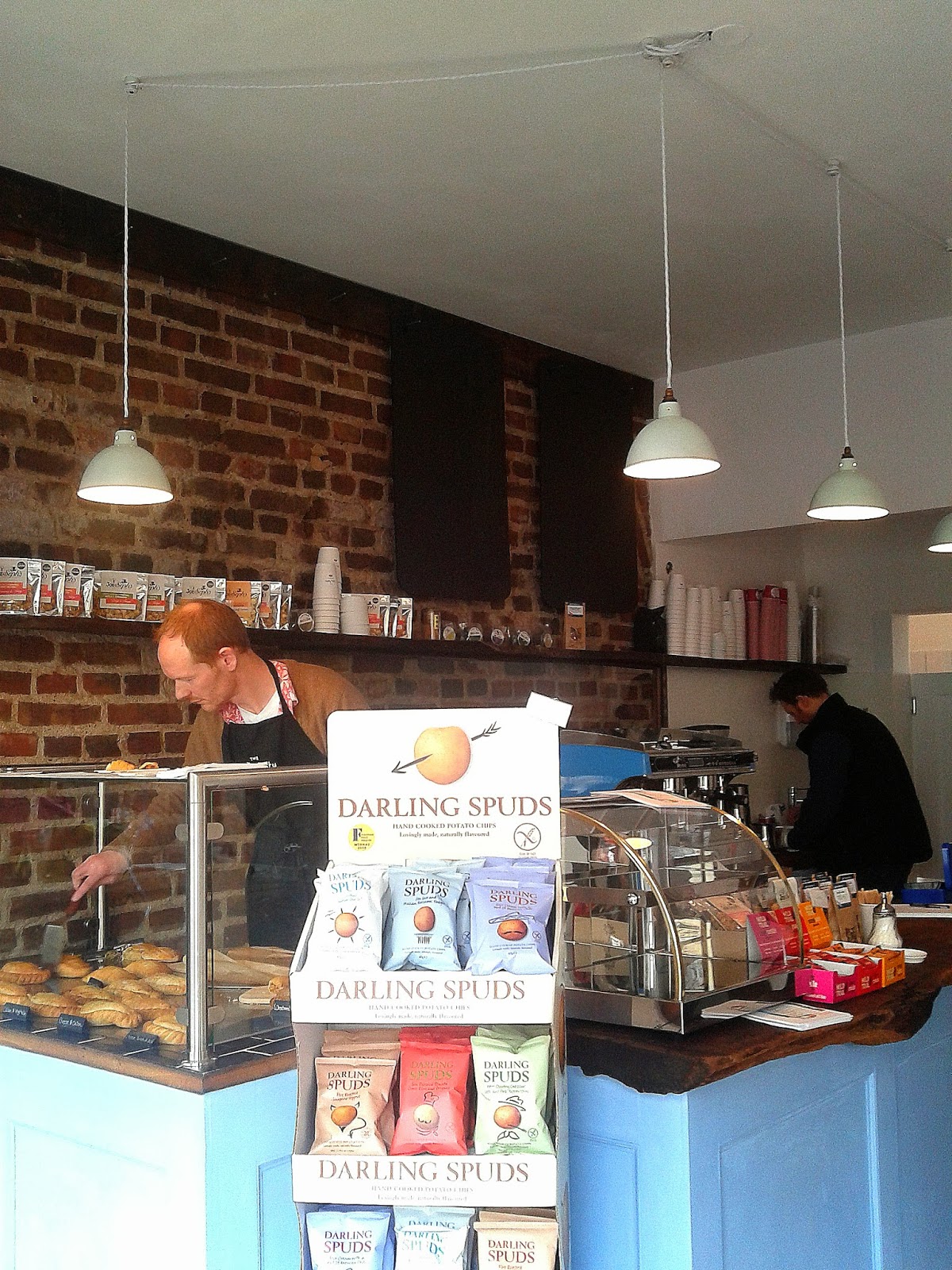 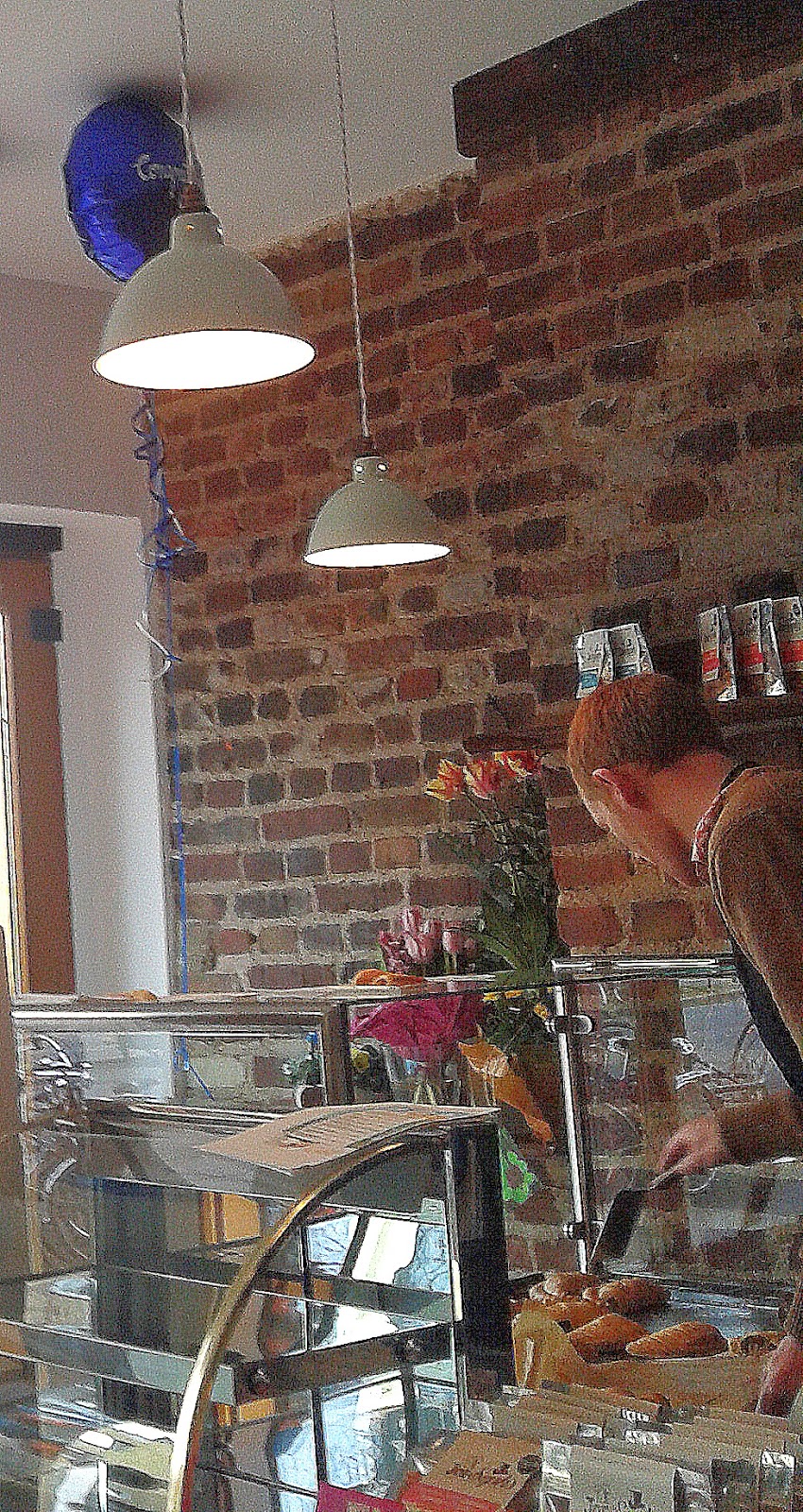 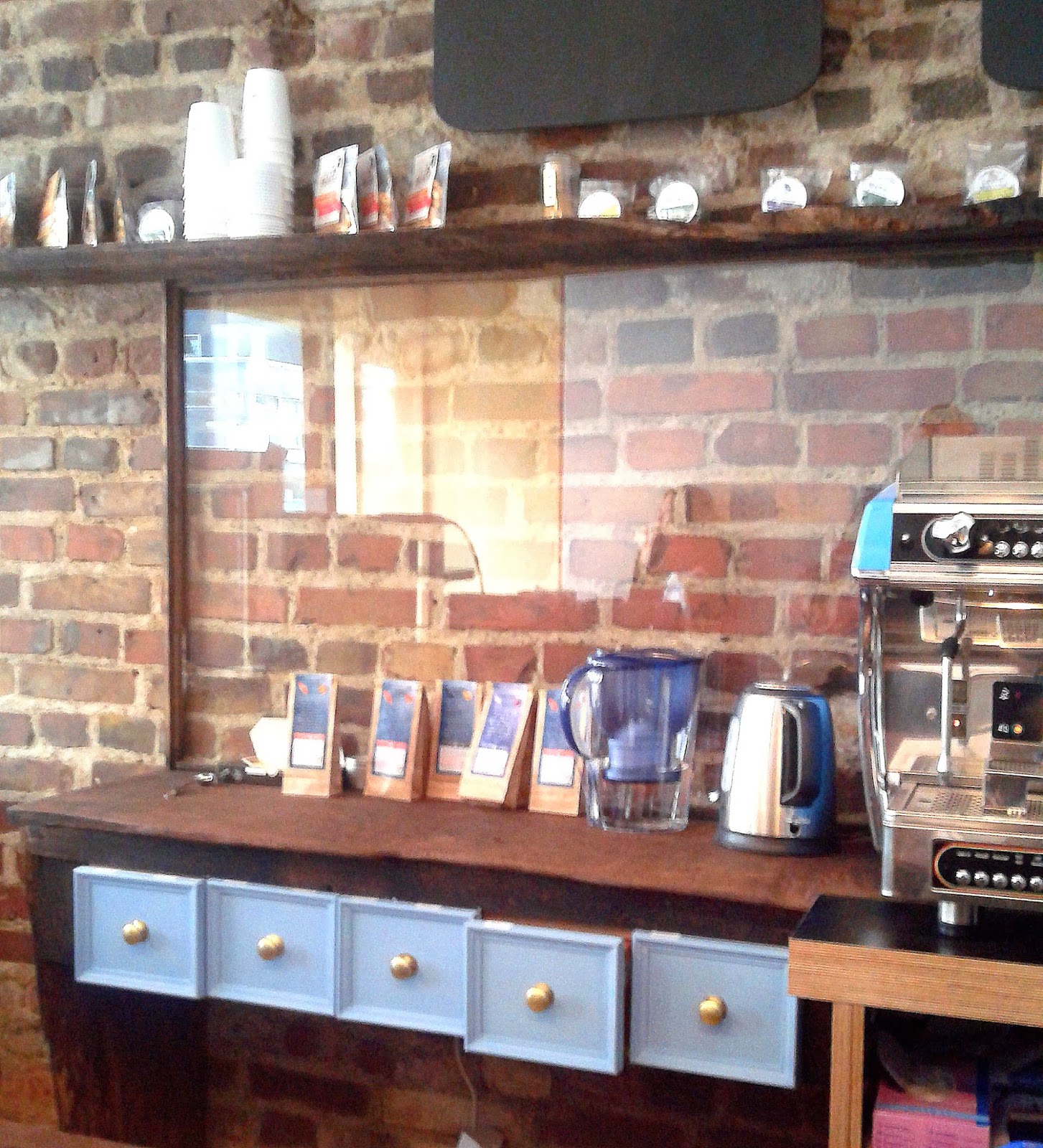 I regretted not being hungry because the pasties looked amazing! They have several vegetarian options and even one vegan version which of course makes the Tasty Pasty Company a must on my list of restaurants and cafés to try. Next time I will go for the vegan pasty for sure! Today, though, I only chose an iced tea. Not one of those boring, over-sugared beverages that taste more like a fizzy drink without the fizz, nope. This iced tea was light, not too sweet and tasted fantastic! 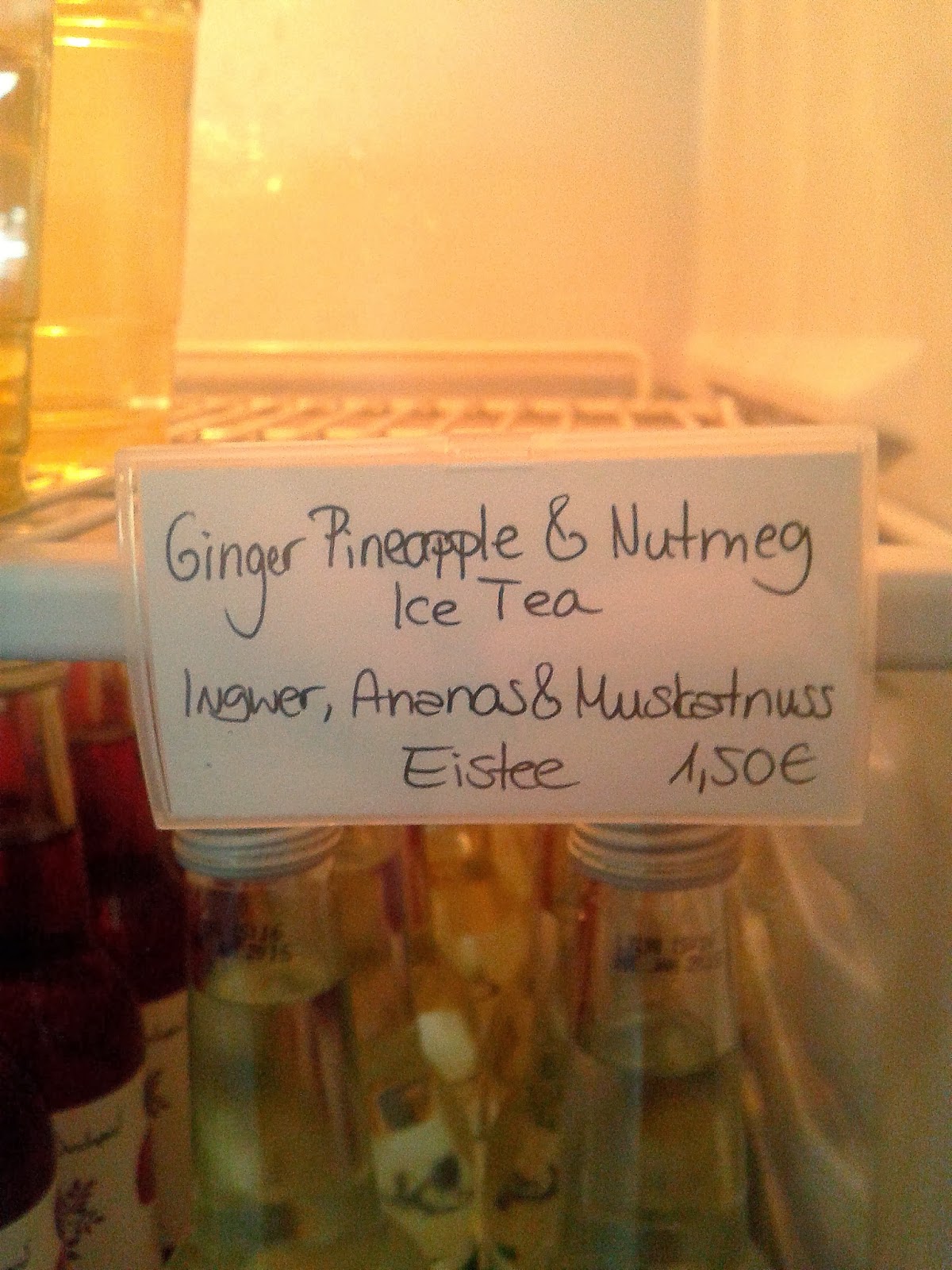 I asked the owners if I could take a few pictures for the blog and they happily agreed. In exchange they asked if they could take a picture of us with our drinks for the photo wall they are planning. What a lovely idea! They told us about their facebook page (which I liked as soon as I opened my laptop) and were just really nice and chatty in general. Oh, and they built everything themself! How cool is that?!

If you are from Cologne, give The Tasty Pasty Company a visit, it's well worth it!

Have a great day!

Home is wherever I'm with you

After a few months where I had to deal with a few private things I am now finally back and I intent to make the best of it. I missed blogging, I honestly did. Tomorrow the last week of this semester starts and I thought it would be a good time to start blogging again. I was hospitalised twice around Christmas and I had/have to work on some personal problems I am having but I don't only come to write about bad news, of course, life rarely is all bad: I have been elected as a member of the board of the Green Youth North-Rhine Westfalia in November! I didn't plan to candidate but when no suitable woman for the position was found (the board has to consist of at least 50% women) they asked me if I wanted to candidate. Not having prepared a speech of course, I got pretty nervous having to stand in front of over 100 people and talk about myself but what I said must have sounded alright because I was elected with a pretty socialistic result. Since then the Green Youth has kind of become my job (not that I am paid). I send dozens of emails every day, I have weekly phone conferences, monthly meetings, seminars, I write and/or amend press releases and invocations, I help organising seminars and of course the big meeting of all Green Youth members of NRW that takes place three times a year. It's a great honorary office, I am learning a lot and it gives my life a certain purpose. But of course it also means I don't have as much free time as I used to have but honestly, I spent way too much time in bed anyway.
So I am back. Because the blog keeps me active, it forces me to appreciate the beauty in life and in the world and I should have never abandoned it.

Speaking of beauty, the last few weeks have been cold but sunny and I managed to catch the sun doing pretty things a few times and I thought I'd share the results with you. I really need a proper camera... 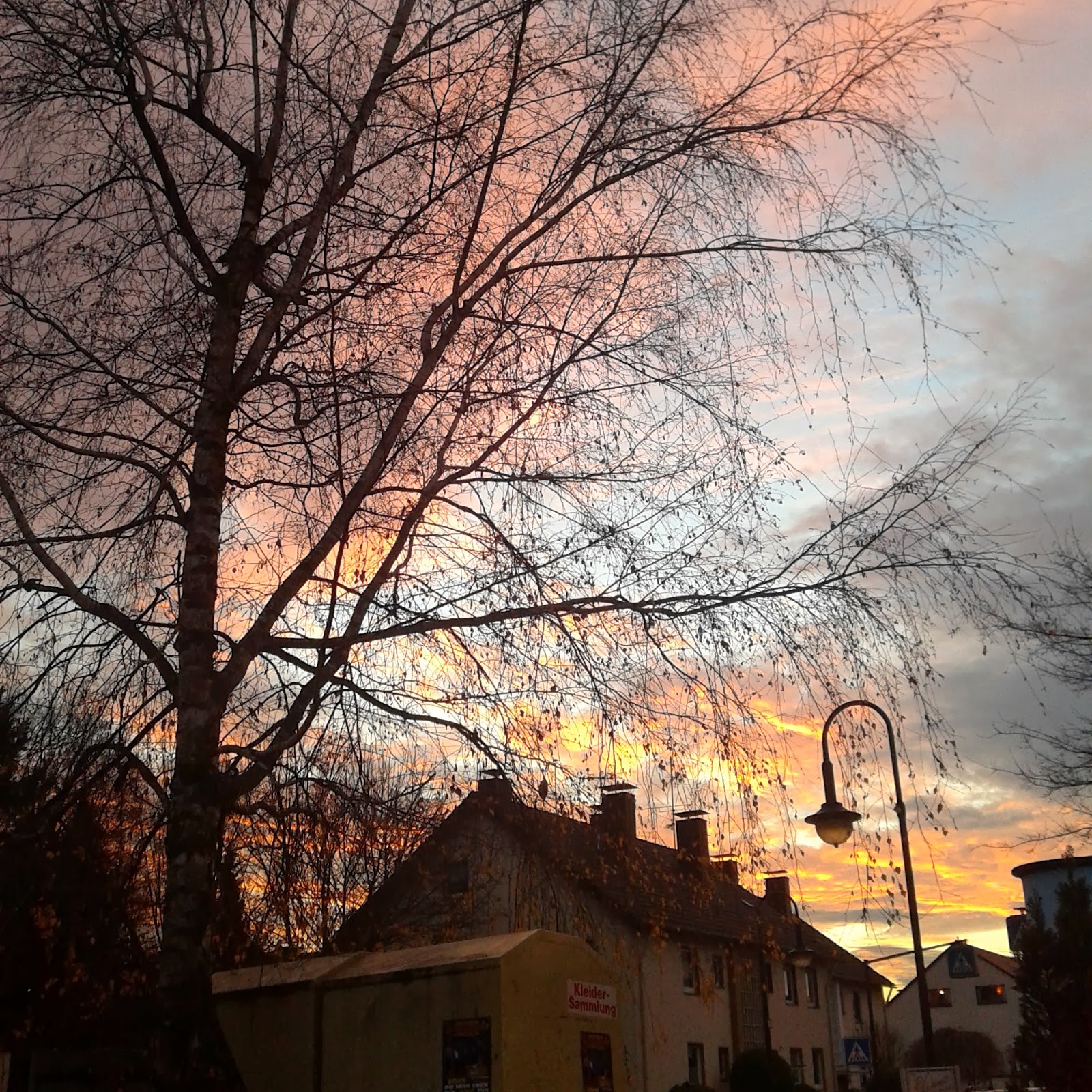 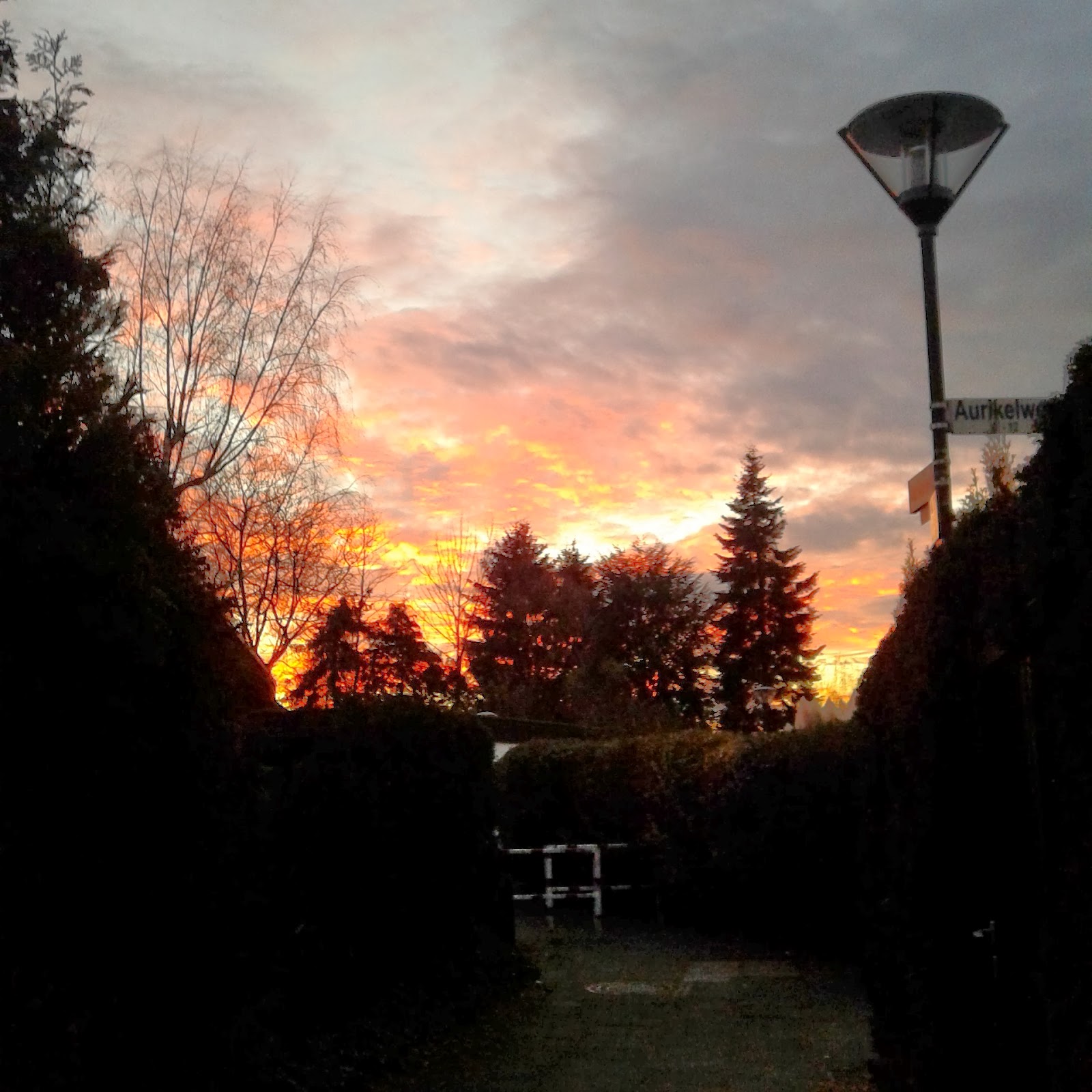 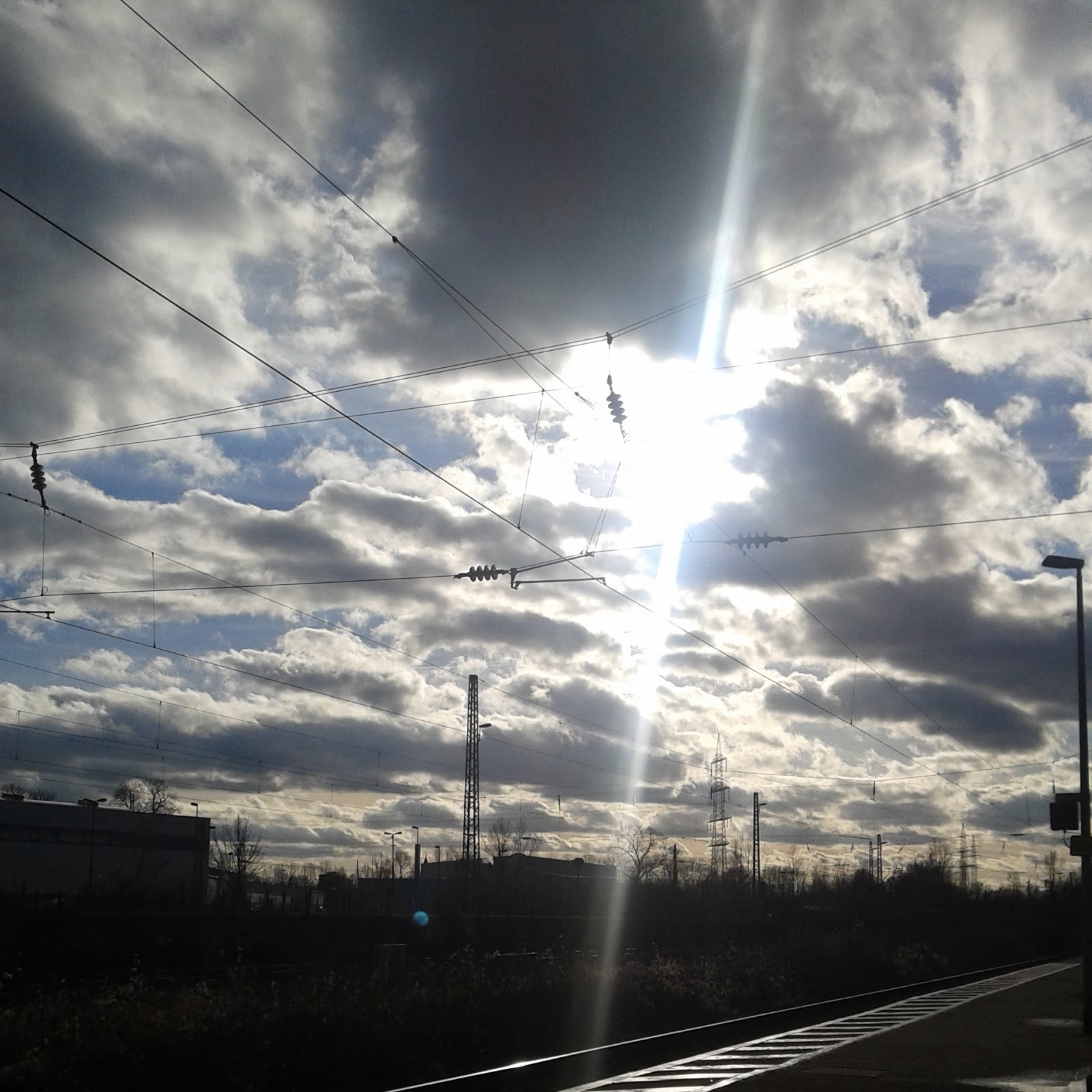 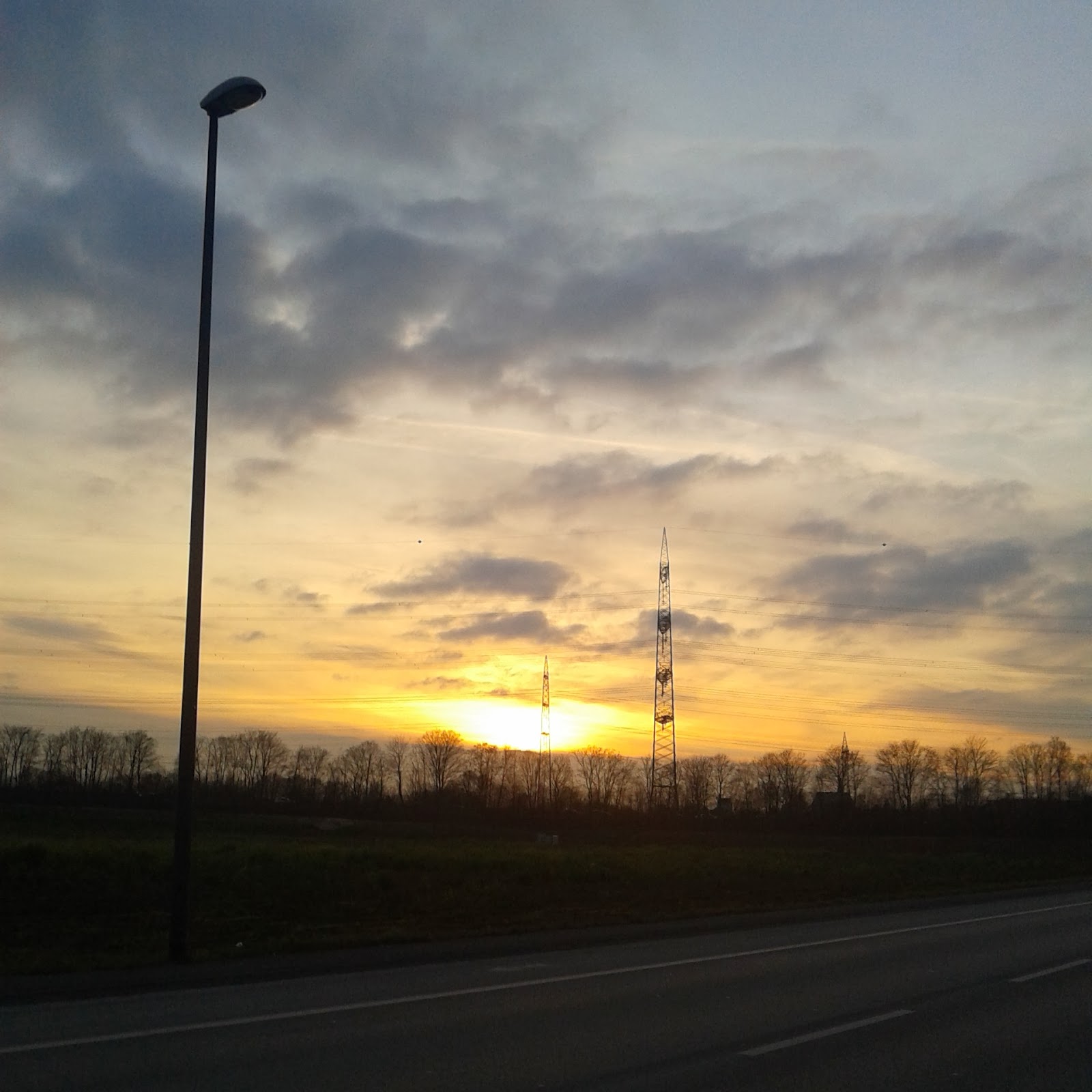 Although I also shared these pictures on Instagram too, I didn't use a filter, nature has its own filters and they work way better than anything Instagram could ever come up with. By the way, if you have Instagram, feel free to leave your user name in the comments! I'm the_countess_of_fairytales there and @ThexGoodxFairy on Twitter.

I am really happy to be back and I will definitely catch up with my favourite blogs again, I really missed all of this, wow.

Have a great day,
The Countess
Posted by The Countess at 07:13 2 comments: